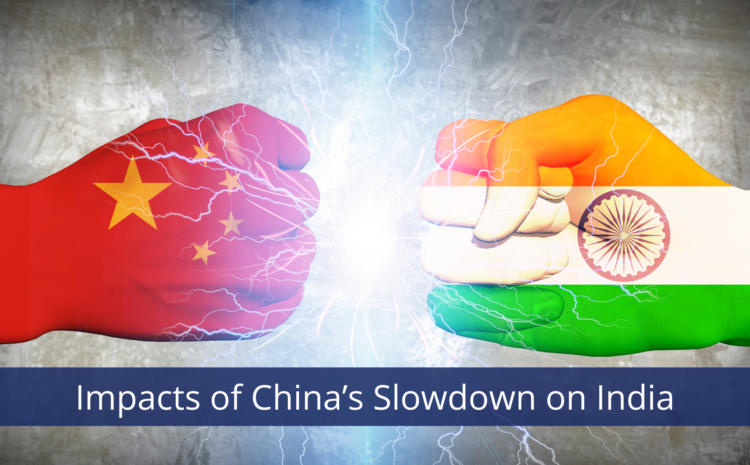 While Indian have been grappling with the volatility in Indian equity markets; where the broader segments  / markets have seen corrections, with even leading large caps down by 25% – 30%; our immediate neighbour, China, has already lost $3 Trillion in market value since January 2018 with 7.9% drop in Shanghai Composite Index.

While a layman, would infer that trade war with USA being the reason; however, this is just one factor. As we saw IL&FS defaulting on its repayment obligations in India; China’s deleveraging campaign led to bond defaults of unseen magnitude. The whole scenario is further impacted by rising interest rates and strong US Dollar.

Many investors are thinking and interpreting the fall in Chinese equity market and economy as whole, being advantageous to Indian markets. However, this is not as simple and straightforward as it seems. Arun Jaitley, the Finance Minister, had stated that India is not a part of Chinese Supply Chain and Indian could become the “additional shoulder”, supporting the global economy.  However, Dr. Raghuram Rajan differed from the opinion of the Finance Minister.

India primarily exports chemicals, raw cotton, petroleum products & spices. Any slowdown in Chinese growth rate would result in the slowdown in demand for such products in China.

India majorly imports oil & other minerals; and slowdown in China means cheaper commodity prices. While on one hand this would benefit India; however, on other goods it might resulting in dumping of goods as slowing China means, more low prices of imported goods; as inventories would be building up in China due to slowdown.

As per Centre for Policy Research, India, the long – run elasticity of India’s GDP to China’s GDP is around 0.4,i.e., 0.5pp decline in Chinese Growth  would wipe off 0.2pp from India’s Growth. Regression & Scenario Analysis led to startling fact; if China slows by 150bp, India’s GDP Growth  would be negatively impacted by 80bp.

It is a remote possibility that India would replace China as the manufacturing hub. Infact, India missed the bus during the tenure of NDA, led by Late Shri Atal B Vajpayee, who infact wanted to change the archiac labor laws, which he had to shelve the plans, as there was serious opposition from within and outside the coalition government.

Thus, while slowdown in China would impact us, but not to the great extent; however, it would not result in any such gain in terms of productions being shifted to India from China. The slowdoen in China would not be something to be cheered about, as it would deeply impact those countries whose trade relations are deeper with China.