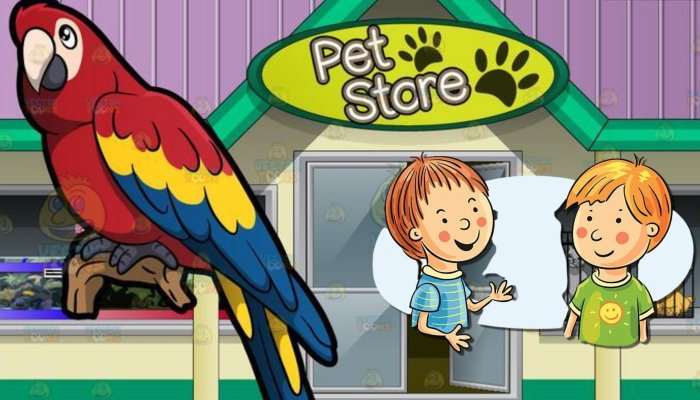 NIKHIL & VIPUL, two pals, resided in the village of FINOPUR. While, NIKHIL was not a wise man; VIPUL had a lot of knowledge. One day, the two went to the local village’s market to do some shopping. They saw parrots as they walked around. They decided to get several parrots as they were both bird lovers.

They inquired about the cost with the vendor. “These parrots cost fifty rupees apiece, while those others are five thousand rupees each,” the merchant explained.

“Why is there such a price difference?” the two buddies inquired of the merchant. “The ones that cost rupees fifty each are not wise,” the salesman responded. They can’t be Taught or Trained. The more expensive ones are clever and can learn a lot.”

If you get the less expensive species, you will not only have more parrots, but you will also save money! Parrots are after all parrots only.

VIPUL patiently listened to NIKHIL and smiled without saying anything. The two then proceeded to make their purchases and leave.

VIPUL began training His parrot the next day. His clever parrot became well trained quickly. NIKHIL, on the other hand, tried hard to teach his parrots, but they would not learn anything. And in disgust NIKHIL let his parrots fly away.

One day, seeing an open cage, VIPUL’s parrot flew away; and to utter surprise returned after a few hours alongwith NIKHIL’s parrots. VIPUL now had eleven parrots, while NIKHIL was down to none.

Many times, we think investing in an NFO (New Fund Offer) is a great investment, only because it is available at INR 10/- NAV, without looking into fundamentals.

Intelligent investment is the one that gives multiple avenues of capital growth, e.g., take a good fundamentally strong stock. Over the long term, not only you will make capital gains, but also benefit from Dividends, Bonus Shares, Stock splits, so on and so forth. Be like VIPUL!